Chandelier for the Benjamin Adelman House

The Benjamin Adelman House in Phoenix, Arizona, was the first of Frank Lloyd Wright’s Usonian Automatic House designs (1951). It included typical Usonian elements such as concrete block construction, concrete floors and a carport—features invented or popularized by Wright. The living room featured an original geometric wall mural above the fireplace, designed by Eugene Masselink, one of the most prolific of Wright’s Taliesin Fellows.

In 1957, Wright supervised a remodeling and expansion of the Adelman House interior that covered the concrete block ceiling with mahogany paneling. The chandelier was probably installed at this time. The mahogany wood in the chandelier’s frame matched the interior paneling and kitchen cabinets, while the geometric shapes of the light shade refer to Masselink’s nearby mural. The form of the chandelier is reminiscent of Wright’s Price Tower, which he designed and built around the same time.

The use of plastic materials in this light fixture calls to mind the prototype-nature of the house. Wright enjoyed experimenting with new materials. Had he lived longer, he likely would have fully embraced plastics, especially for his Usonian projects. 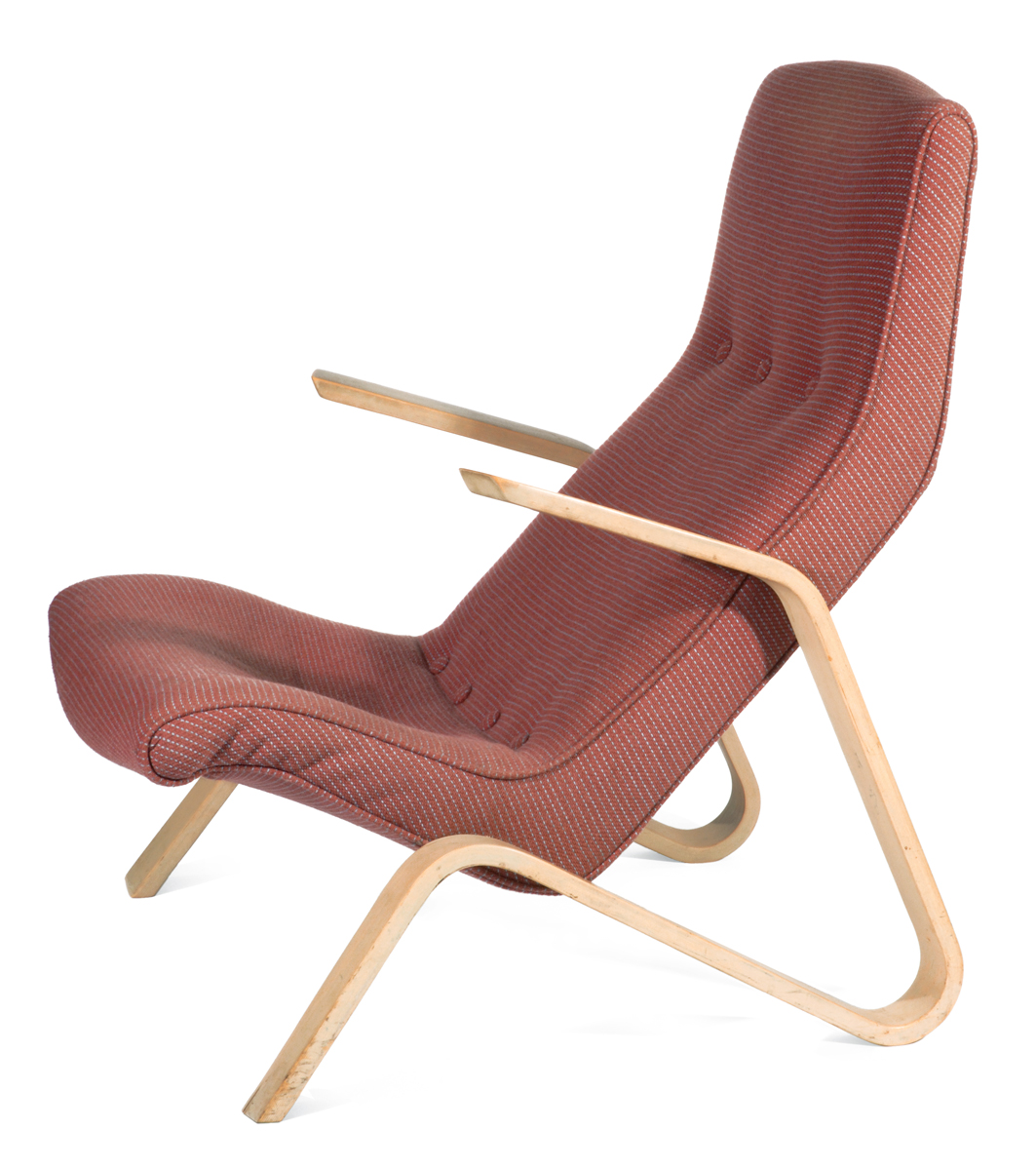