Archibald Knox, from the Isle of Man in the Irish Sea between Britain and Ireland, was inspired by his Celtic roots. He frequently used Celtic knots in his metalwork designs for London’s Liberty & Co. This candelabrum incorporates leaf-like Art Nouveau décor on its stem, as well as faint Celtic knots on the two candleholders. Knox was one of the principal designers for Liberty from 1899 to 1905, in metalwork, jewelry, textiles and ceramics. Due to Knox’s artistic inventiveness and the wide distribution of Liberty, his designs became deservedly renowned, although he received no recognition for them at the time as Liberty kept their designers anonymous. 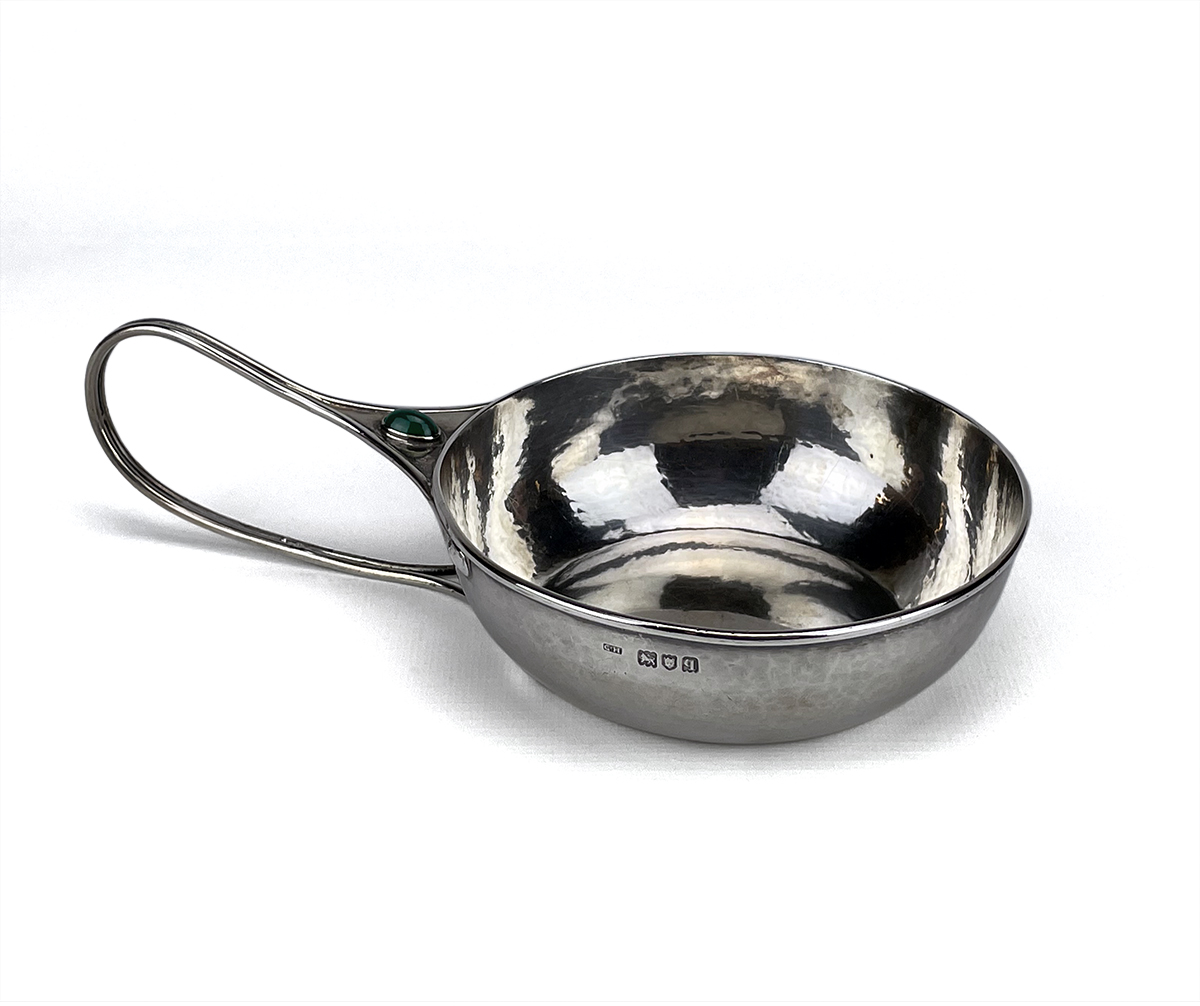